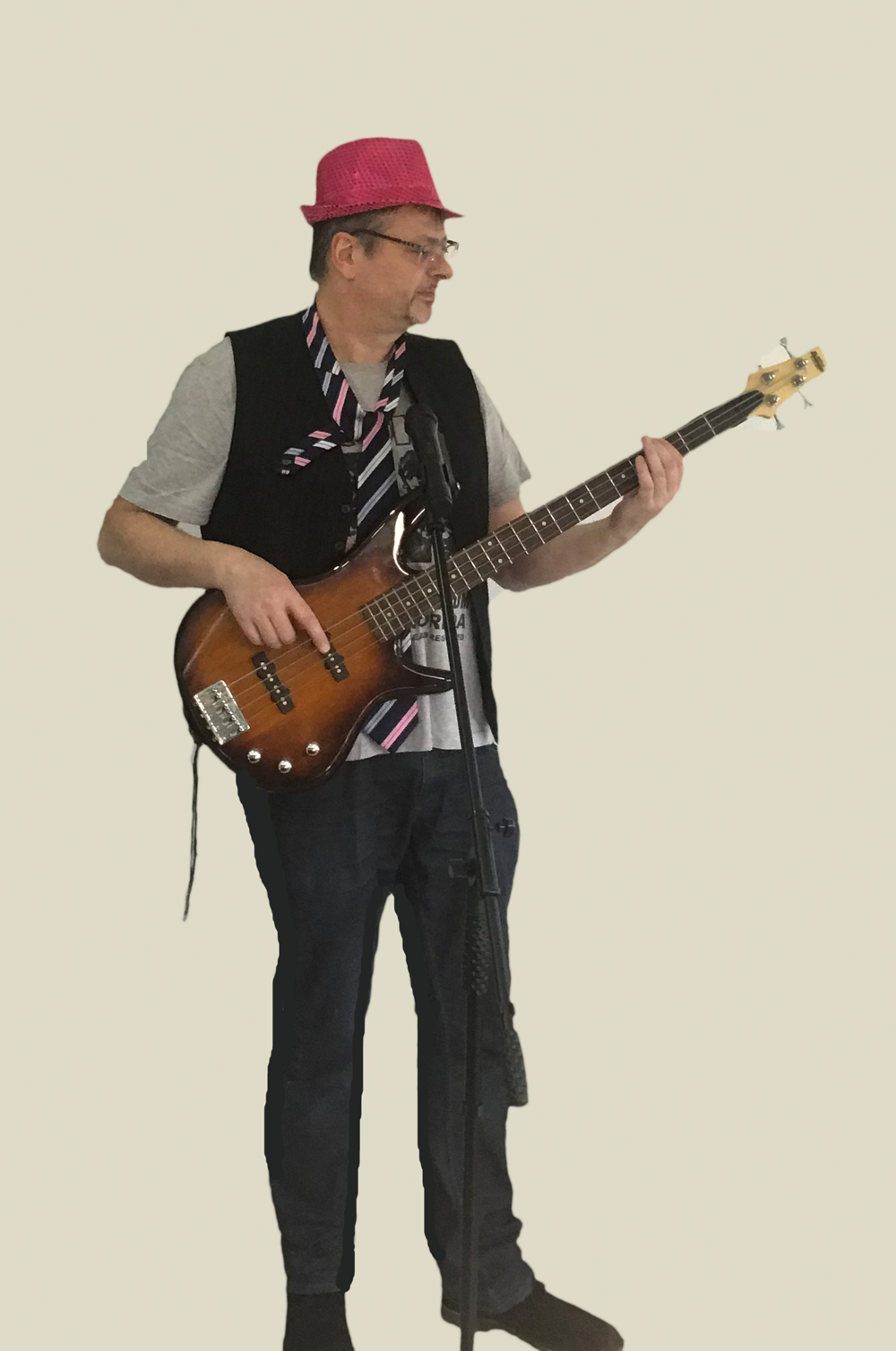 After a piano break, Marc became passionate about the group Supertramp which allowed him to open up to other groups such as Genesis (Phil Collins), Queen, Hendrix, Bob Marley, Kiss, Jean Michel Jarre, Metallica. His meeting with Raphael Amiot will already lead him into the world of Chris BEYA’s recording studio with his rather melting pot inspirations.

He has played in several bands from 1990 to date in styles ranging from Blues / Rock with Ducky Defs turned Avengers, Funky with Takawoala, and he rubs Reggae with Patchwork, and then becomes guitarist with Jah Keez …

Marc perfected himself on the guitar during his time at the Mock des Cherokee’s, with a self-produced CD album by the guitarist with a television appearance on France 3. He participated in the Entr-Pot / Vache de Blues festival , a CD album recorded at Louis Ville, Jazz / Rock with Sunbelt, Pop-Rock with Greatminds on the keyboard and a TV at RIV54 and a 3rd title DVD and CD album co-produced by Entr-Pot son et lumière. He made a passage at the conservatory of Esch (Luxembourg) in the Jazz section.

You are welcome to follow Marc at his social pages